California lawmakers recently debated assisted suicide bill SB 128 which, the editorial began by noting, “has been put on hold.” Part of the explanation why California lawmakers have paused to “rethink” the proposal was the analysis provided in a letter by Dr. Aaron Kheriaty, a psychiatrist who is director of the Program in Medical Ethics at the University of California Irvine. The editorial noted that Dr Kheriaty had explained how such laws “can lead to death to a far wider, and often healthier population. “ 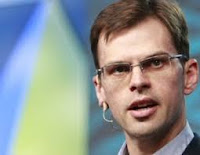 “The desire to end one’s life, or the request for assisted suicide, is almost always a cry for help.”

“It is a distress signal indicating that something in the patient’s situation is not adequately being attended to — an untreated clinical depression, fear or anxiety about the future or about one’s medical condition, untreated or under-treated pain, family or relationship strain or conflict, and so on.”

Kheriaty wrote in his letter that 80 percent to 90 percent of suicides are associated with clinical depression or other treatable mental disorders,

“including for individuals at the end-of-life and individuals with a terminal condition.”

The editorial commented, “Yet in Oregon… just 5 percent of the individuals who died by assisted suicide were referred for psychiatric evaluation prior to their deaths, “and this number is decreasing every year.”

“Considering what we know about suicide risk factors, this constitutes a form of gross medical negligence”

According to The Oklahoman editorial:

research shows there is a “social contagion” aspect to suicide. Publicity surrounding one suicide often leads others to kill themselves. In Oregon, suicide rates are 35 percent higher than the national average.

“The law is a teacher,” Kheriaty wrote, “and these laws send the message that under difficult circumstances, some lives are not worth living. This is a message that will be heard not only by terminally ill individuals, but by all vulnerable persons who are tempted to take their own lives.”

The repercussions for a state like Oklahoma are not hard to imagine. Oklahoma is home to roughly 3.8 million people, and it’s estimated between 700,000 and 950,000 of those citizens need mental health or substance abuse treatment. Oklahoma is No. 2 nationally in the rate of mental illness among its populace.

The Oklahoman concluded its editorial opposed assisted suicide by stating:

Last November, we wrote that the “strange new world of assisted suicide requires the blurring of moral lines beyond recognition.” Kheriaty’s analysis reinforces that conclusion, and demonstrates why Oklahoma and other states should not go down this dark path.

The Oklahoman editorial board has done its homework and people need to listen to it.

Editor’s note. This appeared at http://alexschadenberg.blogspot.com/2015/07/the-oklahoman-news-rejects-assisted.html

E-Mail Me Your Comments daveandrusko@gmail.com